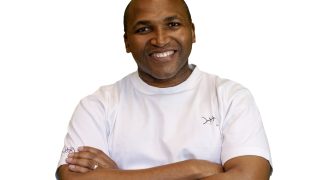 Education activist Hendrick Makaneta is calling on schools to abolish concepts such as “Head-Boy” and “Head-Girl” as these terms do not promote diversity and inclusivity within the terrain of education.

Schools in South Africa should abolish the terms “Head Boy” and “Head Girl” as they do not promote an inclusive culture.

It should be noted that there are still many schools that use these terms when they appoint representatives of learners. We need to move with time and realise that the terms are now outdated.

The term “Head Boy” or “Head Girl” makes it difficult for transgender learners to participate in leadership structures for learners as many of these learners do not identify with the male or female gender.

Such children find it difficult to form part of leadership structures as the current arrangement of “Head Boy” and “Head Girl” does not accommodate them.

We really need to disrupt the current arrangement in order to create space for all the learners. We need to replace “Head Boy” and “Head Girl” with inclusive terms such as “president and/or deputy president”.

Schools also have to establish gender-neutral toilets to accommodate trans-gender learners and those who are not attached to any specific gender.

To this end, we also call on the Director General to issue a circular that will guide schools to amend their policies with a view to create a safe space to accommodate all learners including trans-gender learners.

*The writer of this article Hendrick Makaneta is an education activist and Director at Education for Social Justice Foundation. The views expressed by Makaneta are not necessarily those of The Bulrushes