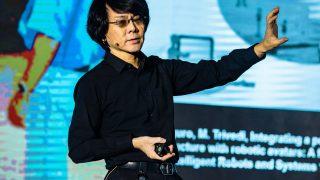 Data revealed by SpaceX shows that at least 20 African countries have either rolled out or are set to get Starlink before South Africa, reports broadcastmediaafrica.com.

According to the company, Starlink is supported by a network of over 3 000 low-earth orbit satellites which SpaceX has been launching in batches since 2019.

Due to Starlink satellites being located much nearer to Earth’s surface than conventional geostationary Internet-beaming satellites, Starlink provides much higher speeds and lower latency than the average satellite service, the company notes.

The Starlink world coverage map provides an overview of locations where the service is available and when it will be available in areas where it has yet to be offered.

If you recall, Mozambique and Nigeria are the first two African countries confirmed to be getting Starlink, with rollouts set down for the fourth quarter of 2022.

Seven other countries on the continent — Angola, Eswatini, Gabon, Kenya, Malawi, Rwanda, and Tanzania — are slated for rollout in the first quarter of 2023.

According to Starlink world coverage map, South Africa is among the remaining countries with service availability dates set to “unknown”.

BMA understands that regulation appears to be the primary issue preventing Starlinks availability in countries with an “unknown” status.

When SpaceX initially opened Starlink pre-orders to most countries in February 2021, its estimated availability in South Africa was 2022.

However, South Africa’s broadcasting and telecoms regulator — the Independent Communications Authority of South Africa (Icasa) — indicated that it had early discussions with SpaceX regarding its plans to roll out in the country.

It also had to get a radio frequency spectrum licence to carry traffic over the radio waves between its satellites and customers’ terminals.

In November 2021, SpaceX pushed back the estimated availability date in South Africa to 2023 due to the chip shortage.

The regulator states that one of the requirements is that ISPs must be 30 per cent black-owned to get licences to operate in South Africa.

However, SpaceX is a private company whose exact ownership makeup still needs to be determined, making it difficult to decide whether it would meet such a threshold.