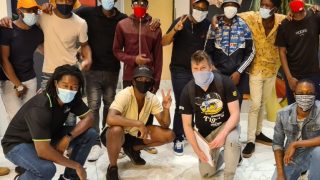 The hybrid event on was streamed live from the University of Nairobi and hosted online by Africa.com (www.Africa.com).

It was the largest such event in Africa.com’s history,

She introduced questions from the audience seated in the University of Nairobi’s Chandaria Centre For Performing Arts while Teresa Clarke, Chair of Africa.com, hosted the thousands who tuned in virtually from around the world.

In his first trip to Africa since the start of the Covid-19 pandemic, Gates announced the foundation would spend more than $7 billion over the next four years to support African countries and institutions working to develop and implement innovative approaches to confront hunger, disease, gender inequality, and poverty.

Gates said Africa’s young people have the talent and opportunity to accelerate progress and help solve the world’s most pressing problems.

Africa.com facilitated online surveys & polls during the event where both the in-person audience and the virtual audience were invited to participate.