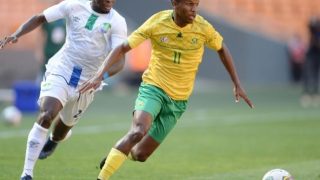 British heavyweight boxer Anthony Joshua has pledged to rediscover the aggressive side of his boxing when he faces his Ukrainian nemesis Oleksandr Usyk in Saturday’s rematch in Saudi Arabia.

The 32-year-old Brit acknowledges an action-packed, destructive approach had been key for so much of the early success in his career.

The rematch in Jeddah has been aptly billed as “Rage on the Red Sea”.

Defending champion Usyk is a Ukrainian and according to a presidential decree, he should have been fighting in defence of his country against Russia.

However, the boxer was granted permission to leave the country to train for the upcoming fight.

The 35-year-old is a world champion in two weight classes, having held the unified WBA (Super), IBF, WBO, and IBO heavyweight titles since defeating Joshua in 2021.

Usyk, who has recently launched an NFT collection to try to raise £1.6m for Ukraine, says he is coming to the ring a bit heavier than he was last time around.