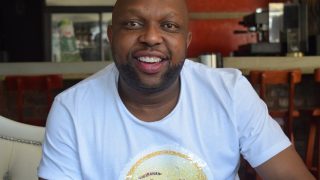 Beyoncé’s newest album, Renaissance, released amid much acclaim, has a word that offends people in some parts of the globe, which the artist has agreed to remove.

Writing in Glamour, Whitney Perry, says the Grammy winner is now facing backlash over a lyric that contains an ableist slur.

The disabled community called out the pop star’s song “Heated,” which includes the lyrics, “spazzing on that ass, spaz on that ass.”

According to the Merriam-Webster dictionary, in the US, spaz is popular slang meaning “go crazy,” which is its intent within the lyrics of “Heated.”

But the word, while generally used to mean the latter domestically, is an ableist insult in the UK and other countries (including to some people in the US. since it refers to the medical condition spastic paralysis.

In a statement sent to Insider, a rep for Beyoncé confirmed that the lyric will be changed.

“The word, not used intentionally in a harmful way, will be replaced,” the statement said.

Original article: Beyoncé Confirmed She Will Remove an Ableist Slur From a Song on ‘Renaissance’ | Glamour