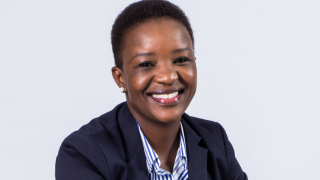 Considering that international hunting brings benefits that include wildlife and habitat conservation while meeting the socio-economic needs of communities co-existing with fauna species, Tanzania can’t afford to harm the Loliondo community.

It is against this background that the Tanzanian Government has denied that its police force engaged in a violent confrontation with the Loliondo community residents settled near Ngorongoro Conservation Area.

The clashes reportedly occurred during the community’s protest against the East African country’s move to evict them from less than half of their land that has been set aside for wildlife conservation.

Such information has angered the anti-international hunting Western animal rights groups who now continue to demonise the East African country over claims of a violent confrontation with Loliondo residents.

Nothing has been said about the Loliondo Community’s future benefits from OBC’s international hunting business.

Denying any involvement in a violent confrontation with the Loliondo community, a recent government press release said: “The Republic of Tanzania will continue to give priority to its people above anything else.”

The statement continued: “The fact that the Government of the United Republic of Tanzania has decided to allocate the 2 500 square kilometres out of 4 000 square kilometres of protected land to the community [Loliondo], testifies to its commitment to its people and human rights plus community development activities as well.

“We, therefore, call upon the general public and the international community to ignore the ongoing propagated fable allegations by some individuals and organisations that there is an eviction exercise and an infringement on human rights taking place in the Loliondo Game Controlled Area.”

Meanwhile, international observers say one of the most disturbing developments around the issue is that the voices of Loliondo residents who were allegedly brutalised while resisting eviction are not heard in the media debate around this controversy.

Speaking in a video-recorded statement, a Tanzanian government official told the country’s Vice-President Philip Mpango that there was no violent confrontation between the police and the communities.

The official said that prior to the subdivision of the land for conservation, the government raised community awareness and held peaceful discussions and consultations with the Loliondo community and its leaders.

Thereafter, it divided the 4 000 square km with 2 500 square km given to the community for socio-economic development needs and 1 500 square km set aside for wildlife conservation.

“Unfortunately, a minority group not supportive of the exercise arrived during the demarcation exercise and posed threateningly in protest,” she told Vice-President Mpango.

“The images of these violent few were captured and mixed with other unrelated images to create a false narrative of violent protest.”

She said that the government had made a public call to victims to come forward so they could receive medical treatment and the law could take its course against the perpetrators.

“No one has come forth and the residents of Loliondo are carrying on with their lives,” she said.

For years the semi-nomadic Maasai pastoralists have co-existed with wildlife in this area and still do.

Despite the recent setting aside of a fraction of their land exclusively for wildlife conservation, the Loliondo residents will still benefit from wildlife use there.

The area is of global importance for biodiversity conservation because it has globally threatened species and migrating wildebeest, zebra, gazelles, and other animals that pass through here annually on their way to the northern plains.

With an impressive liberation war support track record that brought the end of colonial injustices and the independence of many southern African countries, including South Africa and Zimbabwe – conservationists worldwide are wondering why Tanzania would want to harm its citizens through violent evictions.

Watching events in Tanzania’s Loliondo community from a distance – in Zimbabwe – is Jerry Gotora, a man who has an in-depth understanding of the politics behind international hunting.

Gotora is the founder and chairperson of the Zimbabwe Painted Dog Conservation.

He dismissed reports alleging the Tanzania government was involved in a violent confrontation with Loliondo residents.

He said that the claims that the Tanzania government violently evicted its citizens from their land, were aimed at tarnishing the East African country’s international hunting credentials.

“This [anti-international hunting propaganda] is not new to some of us,” said Gotora.

“The International Fund For Animal Welfare (IFAW) did the same to Zimbabwe towards the CITES 10th Meeting held in Harare in June 1997.”

He asserted that IFAW published in the media photos from a Mozambican community (Matsanga), whose residents were massacred in the civil war, and then claimed the pictures were of victims of violence committed by the Zimbabwean government in local hunting communities, known as “CAMPFIRE Communities”.

“They were saying those massacre pictures were from Zimbabwe CAMPFIRE areas,” said Gotora.

“We then brought communities from Tchumatchato (Mozambique) and the Maasai (Tanzania), including Chiefs from Malawi, South Africa, Zambia, Botswana etc. to testify,” Gotora said.

“They testified that Zimbabwe was not harming the CAMPFIRE Communities and that the images published by IFAW in the media were from Mozambique’s civil-war-hit Matsanga community.

“They explained that they, together with CAMPFIRE Communities, were actually benefiting from international hunting, which promotes conservation and development in African hunting communities.”

Likewise, the Tanzanian government and its hunting communities benefit from international hunting.

Therefore, Tanzania can’t afford the risk of tarnishing its international hunting image by inflicting harm on its hunting communities.

“Hunting is one of the conservation forms and it is meant to generate resources to sustain the hunted population itself,” said Dr. Ernest Mujingo of the Tanzania Wildlife Research Institute in an interview.

Elsewhere, Kay Kagauriki of Tanzania’s Department of Wildlife said that the government continues to share benefits from wildlife with producer communities, to create a conservation incentive.

“Tourist hunting has played a significant role in our country,” said Kagauriki.

“We get revenue which supports conservation and community development. We have regulations that support benefit-sharing. In order to get conservation support from communities, we need to make sure that they benefit.”

She said that socio-economic development initiatives supported by international hunting in Tanzanian communities co-existing with wildlife include borehole-drilling, to ensure water supply to the communities.

“The Tanzanian government also ensures that international hunting revenue is used to pay for consolation for people affected by human-wildlife conflict.”

Kagauriki cited elephants as the major cause of human-wildlife conflict.