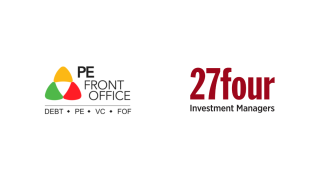 Joburg Cryptocurrency Dealers In The Dock For R34 Million Fraud

The pair were arrested yesterday by the Hawks’ Serious Commercial Crime Investigation team in Johannesburg.

Valle and Bezuidenhout were arrested at their respective residences in Lenasia and Alberton, in Johannesburg.

“Their arrest emanated from the alleged cryptocurrency establishment scam where the complainant was lured to invest in Siyakhula Logistics Pty (LTD) in February 2020, with potential lucrative dividends,” said Captain Ndivhuwo Mulamu.

“Valle and Bezuidenhout joined 32-year-old Jarrod de Lange in the dock today, who was arrested in 2020 by the Lenasia police for the same charges.”

Captain Mulamu said allegations are that Valle introduced the complainant, whose identity has not been revealed, to his business acquaintance, De Lange to enter into a partnership in the cryptocurrency establishment.

However, the invested money was allegedly used for the business of the leverage trading company without the complainant’s consent.

Valle and Bezuidenhout were granted R10 000 bail each, whereas Bezuidenhout’s husband and co-accused, De Lange was released on a R20 000 bail.

Commenting on the matter, Major General Ebrahim Kadwa, the provincial head in Gauteng, said: “Over the last two years, the Directorate for Priority Crime Investigation has witnessed the emergence of cryptocurrency investment scams.”

He said potential investors were lured into these scams by false claims of massive dividends.

Major General Kadwa added: “The public is advised to do proper due diligence before investing in such harmful business practices, where they could lose their hard-earned life savings”