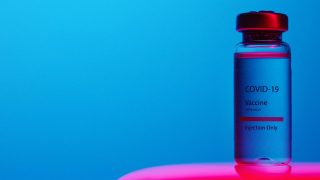 A good number of people have a phobia about using public toilets and worry about their hygiene safety when they do so.

However, Harpic – a leading toilet care products maker, has moved to make public and shared facilities safer in South Africa.

“This truth applies across the entire socio-economic spectrum of women. However, the circumstances of lower income communities are even more severe.

“Public and shared toilets in these communities can be unhygienic, unsafe and are typically not suited to women’s needs.”

Mkhize said Harpic has developed the #HarpicHygieneForHer campaign to make public or shared facilities safer, especially for women and children.

The launch of the campaign, in the form of a pilot programme in partnership with the City of Johannesburg and local NGO, Arise Community Development, coincided with the International Day of Action for Women’s Health.

As part of the pilot programme, five restored facilities were set to be handed over in various areas including Klipfontein, and a small community near Tembisa.

Joburg MMC for Health and Social Development Ashley Saul commended the campaign for taking up the fight against poor sanitation for women, children, and essentially unsafe public toilets.

“The initiative has been developed based on deep insights, a strong desire to make a difference in communities and to set an example of business as a force for good, playing a part in improving lives in our country,” Saul said.

“The city recognises the impact that a project of this nature has on women in so many ways.”

Firstly, on hygiene – helping women prevent infections that can arise from poor facilities, said the MMC.

“This often comes at a cost to families as a whole and also to healthcare facilities. So, the preventative impact of this facility is potentially enormous,” Saul said.

“It also has an impact on safety, with the various interventions put in place within the facility to ensure women can more safely access them.

“Finally, but most importantly, is the impact on dignity. Clean facilities make people feel better.

“Having a positive experience of something so many people take for granted every day actually gives people hope within our communities and a more pleasant way to get through their day.

“A facility like this is a reminder of generosity and care that exists.”

Scandal actress Pasi Koetle and former Miss SA Bokang Montjane-Tshabalala have joined the campaign and were using their influence to advocate for social change for poor sanitation (and unsafe public toilets) for women.

Harpic Marketing Manager, Hygiene, Sarah Ahmed, said: “Unisex toilets are often not safe for women and children. Our aim is to ensure that toilet facilities are purpose-built for women, well-lit, secure, and safe, private, provide access to soap and water, include hooks, and are easily accessible.”

She revealed that Harpic will provide cleaning products to keep the toilet facilities hygienic.

To further empower the residents, the programme will work with local NPO Arise Community Development, to conduct an educational drive in the community and its surrounding areas.

“It is encouraging to see top brands such Harpic, invest in improving the health of women in our community,” said Chantel de Wee, founder and manager of Arise Community Development.

“There are high rates of unemployment in Klipfontein, and this has forced many individuals to share a single yard, which puts a strain on the toilets with the result that many are broken, unhygienic or leaking.

Mkhize said: “We have identified five initial sites in Klipfontein, a small community near Midrand. Gauteng, where we will be restoring broken toilets and where possible, building toilets specifically designated for women, rather than unisex facilities, as well as ensuring better security, locks on doors and lighting.

“What Harpic aims to achieve through this programme is restore dignity to the women in these communities and create #NoDreadToilets in South Africa.”

Mkhize further noted that #HarpicHygieneForHer campaign will, by and large, serve as Harpic’s contribution towards helping the government realise the National and International Sustainable Development Goals (SDGs).

The SDGs aim to achieve adequate access to equitable sanitation, and hygiene for all; paying special attention to the needs of women and girls as well as those in vulnerable situations by 2030.