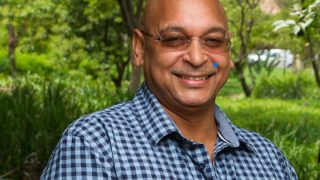 We Must Trash The CAP To Counter Putin’s ‘Weaponisation’ Of Wheat, Writes Giles Merritt

Giles Merritt contrasts Russia’s doubling of its wheat harvests with the EU’s halving of its own cereals output, and proposes a radical policy change.

Just as Russia is “weaponising” its grip on the world’s cereals markets, Europe has been pursuing a policy of unilateral disarmament.

The European Union urgently needs to re-think its farm policies with the same vigour it is belatedly bringing to defence spending.

Putin’s invasion of Ukraine is challenging many of the EU’s passive, indeed somnolent, attitudes to its own resource needs.

The Ukraine war is not only upsetting European nations’ energy policies, it is also placing a time-bomb under the sacrosanct Common Agriculture Policy (CAP).

The now 60-year-old CAP has long eluded genuine reform, but its time is up.

The looming global food crisis is forcing revolutionary change on it.

To avert famines around the world and to feed itself, Europe must overhaul its agriculture.

As with energy, Europe is between a rock and a hard place on farm policies.

EU governments must reverse the alarming shrinkage of the Union’s food production – cereals output has more than halved over 20 years, while Russia’s has more than doubled.

They have pledged to accelerate the environmental measures needed to cut farm pollution, but these also seriously depress yields.

Farming in Europe has long been drifting towards disaster

So far, CAP reforms have achieved neither of these goals.

Last year’s package of “Farm to Fork” measures were generally dismissed as half-hearted, and in the light of the Ukraine war that assessment looks generous.

It seems improbable that it was invasion planning that boosted Russia’s wheat output to 80 million tonnes last year from 36 million at the turn of the century.

As with oil and gas, the need for foreign currency earnings was the more likely motive.

In any case, it contrasts sharply with Europe’s production shortfalls.

The commitment to carbon neutrality by 2050 means a quarter of all EU farming must become organic, with fertilisers and pesticides dramatically reduced together with a 10 per cent cut in land use.

The Brussels Commission acknowledges that cereals output will drop from 27 million tonnes to 15 million and instead of exporting wheat the EU will have to cover a 6.5 million tonne deficit with imports.

Farming in Europe has long been drifting towards disaster. In the last ten years, the EU lost a third of its farms, mainly smallholdings, and the ‘desertification’ of remote regions is causing mounting concern.

The CAP has always rewarded large farms at the expense of smaller ones, and the social and economic costs are all too plain.

These pressures will be intensified by the EU’s Green Deal, even though environmentalists still warn that water shortages and soil depletion look irreversible.

The first step is for EU leaders to admit the CAP is hopelessly outdated, and to outline a fresh approach to food security

What’s to be done?

Food security is no less vital to Europeans’ way of life as strengthened defence policies, and is arguably much harder to achieve.

Two-thirds of Europe’s farmers are reckoned to be in their late fifties or their sixties, and with agricultural profitability so low many holdings won’t be kept on by inheritors.

The CAP has always been more about farmers’ incomes than their productivity, so the time has surely come for a food policy designed to benefit consumers as well as producers.

That will mean looking beyond Europe and encouraging agriculture in Africa and the Middle East.

There is plenty of potential there that can quickly be turned into reliable supply chains ranging from cereals to citrus through straightforward improvements in storage and transport infrastructures.

That’s a separate challenge to the creation of a new food and agricultural relationship with the EU’s southern and eastern neighbours.

The EU’s focus must be on a radical re-think of the CAP, which will mean abandoning its longstanding beggar-thy-neighbour approach to non-EU food producers because they are deemed ‘unfair competition’ for Europe’s farmers.

The Ukraine crisis is shaking up a good many EU policy areas, and the silver linings to those dark clouds are increasingly visible.

The first step is for EU leaders to admit the CAP is hopelessly outdated, and to outline a fresh approach to food security.

*Giles Merritt, Founder of Friends of Europe and author of a new book entitled “People Power: Why we need more migrants”, wants to “ring an alarm bell and try and wake people up to the need in Europe for more people”. This article first appeared on the Friends of Europe website and is reproduced with kind permission.

*The views expressed by the author of this article, Giles Merritt, are not necessarily those of The Bulrushes.