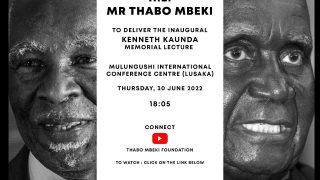 Watch Public Protector Vs National Assembly Speaker And 16 Others

Public Protector Advocate Busisiwe Mkhwebane has approached the Western Cape High Court in a bid to interdict Parliament from moving ahead with its impeachment inquiry.

Earlier this year in March, the president wrote to Mkhwebane asking her to give reasons why he should not suspend her.

The public protector also wants the court to stop Ramaphosa from suspending her because she says he is “conflicted”.

Mkhwebane says she is investigating several complaints against Ramaphosa.