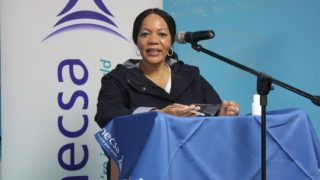 President Cyril Ramaphosa will on Monday night address South Africa on the government’s response to catastrophic floods which have devastated parts of KwaZulu-Natal and the Eastern Cape.

At least 443 people were reported to have lost their lives and some 60 others were missing in last week’s floods.

Authorities in the KwaZulu-Natal province said as many as 500 schools had been affected. They estimated the damage to infrastructure and property was worth R510bn.

“The address follows a special Cabinet meeting yesterday where government assessed the social and economic aftermath of flooding in the two provinces and work underway to provide relief and rebuild,” said the Presidency.

President Ramaphosa visited the eThekwini Metropolitan Municipality on Wednesday, where he received an update incorporating the responses of local, provincial and national authorities to the provincial disaster.

“The president has since the start of the emergency undertaken consultations with the National Disaster Management Centre and the inter-ministerial committee on disaster management,” said the Presidency.

Ramaphosa has postponed a working visit to the Kingdom of Saudi Arabia to attend to the impact of severe weather events that have since affected the Eastern Cape as well.

The president’s address is scheduled for 9 pm.