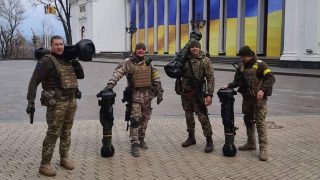 Looking Back At Part 2 Of Damning Zondo Commission Report

The second report of the Judicial Commission of Inquiry into State Capture colloquially known as the “Zondo Commission”, was expectedly presented as a sequel to the initial report.

This second report brought forth shenanigans that took place in the State-Owned Entities of Transnet, Eskom and Denel.

Unlike in the first report, there were no overall recommendations regarding procurement processes.

The approach taken in this second report strictly focused on reflecting evidence, presented for the attention of the commission and recommendations for further investigations or immediate prosecution, by the National Prosecuting Authority (NPA).

At Transnet and Eskom the personalities that stood out were Brian Molefe, Anol Singh, Siyabonga Gama, former minister of the Department of Public Enterprises Malusi Gigaba, Iqbal Sharma and Salim Essa.

In the case of these rogue agents of state capture, judge Zondo recommended that investigations must be launched, by law enforcement agencies both locally and abroad against them and their respective companies.

Among the cohort to be investigated were the Board of directors of Denel appointed in 2015, for arguably contravening Section 51 of the Public Finance and Management Act (PFMA) of 1999.

As it stands, it will be difficult to deny that the aforesaid Denel Board, proved to be incompetent.

On this particular matter, the commission recommended that Section 162 of the Companies Act be applied.

Furthermore, the commission found that Denel, the Department of Public Enterprises and the Companies and Intellectual Property Commission established by section 185of the Companies Act, would all have grounds to bring appropriate proceedings against this Denel Board of Directors, which among others facilitated the capture of Denel to the behest of the Guptas.

The Commission’s report has suggested that the findings against Daniel Mantsha, must be reported to the Legal Practice Council, to determine his fitness to practice as an attorney.

On the issue of the roles played by the two former ministers of the Department of Public Enterprises, Lynn Brown failed to deny using the powers of her office, to select her own unfit people to serve as board members of Denel.

She appointed a new board of Denel in 2015 but apparently retained Johannes Motseki for reasons of ‘continuity’. Evidence has shown that the real reason was that he was appointed, to serve the business interests of the Guptas.

It was discovered that as a Gupta associate, he held a 1.3% stake in the consortium, which bought Shiva Ukranium in 2010.

A similar trend was seen with Malusi Gigaba when appointing Brian Molefe and Anol Singh as directors and the reinstatement of Siyabonga Gama as the CEO of Transnet.

Evidence shows that Gama’s reinstatement was a consequence of an instruction from former President Zuma.

Evidence at the commission reflected that Salim Essa worked closely with the Guptas.

All the appointees of these two aforementioned ministers caused serious damage to SOE’s that reported to them.

It is can be concluded that these ministers were part of the Gupta strategy to capture these SOE’s.

With regard to the appointment of members of boards of directors of SOEs as well as senior executives, the commission found that this responsibility can no longer be left exclusively in the hands of politicians, as they have miserably failed in their constitutional mandate to lead these institutions successfully.

It has been recommended that a body be established that would be entrusted to identify, recruit and select competent people for such appointments in SOE’s.

Similarities in the suspension of executives at Denel and Eskom reflect a certain pattern. Suspensions of key incumbent personnel at both SOE’s were implemented a few months after the appointment of the new boards.

A number of the new board members at Denel were linked to the Guptas, namely Daniel Mantsha, Motseki, Refiloe Mokoena. Similarly, Gupta associates at Eskom were Dr. Ben Ngubane, Mark Pamensky and Romeo Khumalo among others.

As a result, they suspended executives in their entities who could potentially resist their mandate and paid large amounts of money to get them to leave.

Behind the scenes of both entities, Salim Essa was involved in the suspension and ultimate removal of all the suspended executives.

At both SOEs, the suspended executives included Group Chief Executive Officer (GCEO) and Group Chief Financial Officer (GCFO), who were replaced by people serving the Guptas.

Evidence brought before the commission demonstrated, that the constitution was consistently contravened.

In the Denel case, two violations can be seen: the constitution of a Board of Directors, for the purpose of achieving a result in direct conflict, with the obligations imposed on directors by the Companies Act and the use of suspension power, in an administrative context for improper purposes.

The Commission suggested that the government must create a statutory offence rendering it a crime for any person, vested with public power to intentionally abuse such power vested in them.

Anyone found guilty of such an offence, will be liable to a fine of up to R200 million or imprisonment for up to 20 years or both.

The breach of Section 217 of the constitution, is seen in the irregular awarding of the Hulls, Dynamic Light Scattering (DLS) Single Source and the Direct Vision Standard (DVS) Single Source contracts, which Denel awarded to VR Laser Services.

Similarly, the same contravention of this section is also seen amongst others in the awarding of the ‘cranes contract’ at Transnet.

It is suggested that the law enforcement agencies, should investigate whether there has been further contravention of the provisions of Sections 38, 50 or 51 of the PFMA.

Additionally, more investigations are recommended to be launched, to determine if the 2015 board members behind controversial suspensions did not breach section 50(1)(a), (2) and section 51 of the PFMA.

Under his watch, R41.204 billion of irregular contracts were awarded, to entities linked to the Guptas and himself.

This represents 72.2% of the total payments of contracts, tainted by state capture.

In financial terms, this made Transnet the primary site, of state capture.

At Denel, Essa and the Guptas assumed control through VR Laser. We now await the final Zondo Commission Report.

*The views expressed by the author of this article, Dr. Tshepo Mvulane Moloi, are not necessarily those of The Bulrushes.