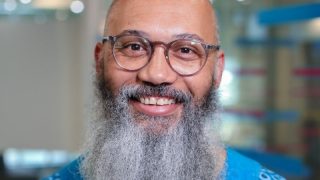 Es’kia Letobe “Mazwi” Mphahlele was an iconic South African Author, Educationalist, and Philosopher, who was born on 17th December 1919, in what Paulo Freire considered a favela, in Marabastad, Pretoria. His totem is Kgaga (Armadillo) hence reference to Mokgaga and Phuthi (Duiker).

As I am the eldest grandson of Stephen Moloi (who acted as “Jack” in Todd Matshikiza’s musical play King Kong, which toured London in 1961), this means that together with Mokgaga’s childhood playmate and neighbor (simply called “Moloi”), in his autobiography Down 2nd Avenue (1959), we share the totem of Phuthi.

Amid the razzmatazz of Local Government Elections, it is still recalled that Wednesday 27th of October 2021, marked the 13th anniversary of Mokgaga’s death in 2008. Some may stridently ask – Es’kia who?

Mokgaga was one of ANC’s ideologues, thanks to Clause 8 of the Freedom Charter of 1955 “The Doors of Learning Shall be opened to all”.

Pitifully the ANC-led government, has become notorious for kleptocracy, nepotism, and crass corruption, as part of its litany of gaffes.

Topping its bloopers, are constant headlines exposing its ardent embezzlement of the state’s coffers, benefiting sparse plenipotentiaries alongside their cronies.

I am hesitant to speak to sages but in this rare instance, I will sanguinely bite the bullet.

What follows is my open letter, with Mokgaga.

Mokgaga, I undertake this monologue, as part of our ensuing epistemic relationship.

The final week of October 2021, symbolically included the day, you sadly transitioned in Lebowakgomo. It was disconcertingly my non-existent student budget, while a Masters’s candidate at Stellenbosch University, which rendered my inadvertent absentia at your funeral.

Regardless of your lifetime of accolades, you remarkably emphasised yours was to be a modest funeral.

I remain enthralled, by your humility.

My perseverance, seven years later, ensured my eventual arrival at your home.

The occasion was miserable, during your son Dichaba Robert (Chabi) Mphahlele’s funeral, on 6th June 2015.

Given the nature of that mournful occasion, my memory of that trip can be described as ambivalent.

Although I was elated to have arrived at your home, I was just as saddened, by the circumstances which led me there.

It was surreal how on that night, I slept on the living room couch, next to Dichaba who lay (inside his sealed coffin) in the middle of the lounge.

At dawn, I was introduced to your surviving Mokgaga family and friends.

Among those I interviewed, included Reverend Pedro-Nehru Raboroko and your last born son, Puso Leslie Mphahlele (with his distinctly American accent), and your doting longtime neighbor Mme. Catherine Shirley Maimele.

Mokgaga although we share, the totem of Phuthi, we never met. That fateful detail did not deter my pedagogic research agenda, pertaining to your oeuvre.

I am part of the myriad of imminent literati, who never physically met you however engage your oeuvre.

Indeed after accessing, reading, and writing about your oeuvre, I opine that the public may justly question, the difference between us and those who personally knew you.

My interest in your work dates back to the early 2000s.

It was ignited after having read your “words of wisdom” themed as part of the Afrikan Affirmations series, in The Mercury Newspaper, back in 2003/4.

At the time I was an undergraduate student, at Zululand University (Ongoye).

It was quite a eureka moment to later learn, during the course of my doctoral research, while interviewing businessman Mike Stainbank (in January 2015), that Afrikan Affirmations was his brainchild, conceptualised as a product linked with The Es’kia Institute.

The latter’s motto is self-explanatory “Inspired by the life and work of Professor Mphahlele”.

Disappointingly socio-political dynamics have persisted, which have affected the institute’s funding, consequently stagnating its further prospects.

Mokgaga my enduring research of your insights, proudly persists to date, both on your primary and mature works.

The latter commences from your novice book Man Must Live and Other Stories (1947), until your final book Mandela: Echoes of an Era (1990) respectively.

As for your contribution to Philosophy, I located your ideas under the Afrocentric theme of “African Humanism”. The latter addressed overcoming our “split personality as colonised black subjects”.

Ever since your mentorship under Norah Taylor, you have insightfully argued for an “integrated self”.

You are a self-declared unapologetic “integrationist” and advanced your essays on “African Humanism and Culture”, dating back from The Fabric of African Culture and Religious Beliefs (1971)until Africa in Exile (2000).

On 25th August 2010 in its Polokwane Campus, the University of South Africa introduced an annual memorial lecture, in your name.

Your second biographer Chabani Manganyi co-edited Bury Me at the Marketplace (2010).

Your adopted daughter Mmatshilo Motsei released Reweaving the Soul of the Nation (2017) and dedicated it to you.

Your centenary year of 2019, was busy, among others, three colloquia were hosted, at the University of the Witwatersrand (WITS), artists Zakes Mda and Khehla Chepape Makgatho contributed towards an exhibition, at Polokwane Museum and Mobogo More’s book Looking Through Philosophy in Black (2019), which reflected your relevance in Philosophy.

Ali Hlongwane acknowledges you, in his book The Lion of Azania (2021).

previous article
Zuma Request For Leave To Appeal To Be Heard Tuesday
next article
Wait Is Over, Brave Kids Have Heart Ops, Home For Christmas