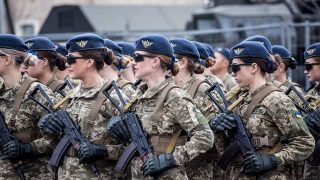 Here’s How The Ukraine Conflict Is Likely To Play Out …

The Dewa Lessons and Values

In Memory of the late Dewa Mavhinga.

Self-sacrifice: The price of freedom is death.

The path of a revolutionary is a journey of sacrifices. If you are not prepared to die for freedom, you don’t deserve freedom.

If you are not prepared to die for justice, you don’t deserve justice.

If you are not prepared to die for democracy, you don’t deserve democracy.

A revolutionary has no life. It belongs to the struggle, to the people, to the cause.

Education and hard work: Revolutionaries must diligently and masterfully pursue both formal and informal exposure or training.

There must be excellence in both the streets and the classrooms. Change agents must be relentless and fearless.

Dewa was an embodiment of courage and a personification of excellence.

Disagree without being disagreeable: Fighters for and defenders of human rights, democracy and freedom must not use terms like sellout or traitor to describe those they disagree with in a common struggle, be they rivals or opponents.

Freedom fighters must not use and internalise repressive regimes’ violent and disparaging language.

Such language is meant to de-legitimise competitors and justify their physical elimination (death).

Rest in Peace Dewa, an icon of the human rights struggles in Zimbabwe, SADC, Africa, and the Global South