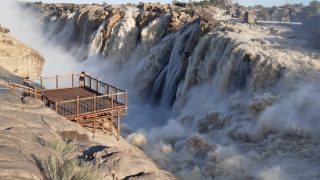 Struggling Eskom on Tuesday night said five generators had failed and load-shedding could be brought back at short notice.

“While no load-shedding is currently being implemented, Eskom would like to request the public’s assistance in reducing the usage of electricity as the power system is constrained,” said the power utility.

“Five generation units at various power stations have failed throughout the day.”

A generation unit at Kusile and another at Majuba were taken offline to repair boiler tube leaks.

Three other generation units at Kriel, Majuba, and Matimba tripped.

Without offering an explanation, Eskom said the expected return to operation of two generating units at Kendal and Tutuka was delayed.

Total breakdowns have increased to 16 822MW, while planned maintenance is 4 888MW of capacity, said Eskom.