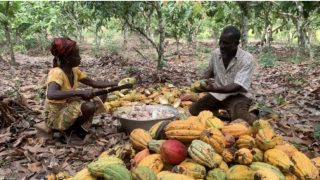 The Zimbabwe Rhodes Scholarship selection committee on Tuesday announced the winners of the 2022 Scholarships to study at the prestigious University of Oxford in England.

As recipients of the Rhodes Scholarship, they will attend the University of Oxford beginning in October 2022, on full scholarship, to pursue postgraduate study.

They join a global community that has grown since the first award of the scholarship in 1903. For nearly 120-years, more than 8 000 Rhodes Scholars from around the world have gone on to serve at the forefront of education, research, business, the arts, development, government, and other sectors.

Dalumuzi Mhlanga the Zimbabwe National Secretary of the Rhodes Trust said: “The process of selecting two Rhodes Scholars from Zimbabwe, every year, allows us a glimpse into the future of our country.

“The selection committee and I are always very encouraged that we have successive generations of capable young people who can and will contribute the best of their intellect and energy for our country’s benefit.

“We reviewed dozens of applications from young people in areas such as medicine, engineering, mathematics, actuarial science, law and the social sciences.”

Mhlanga said the selected students share a deep and unwavering commitment to impacting their communities, adding that it was truly amazing the lengths they have gone to excel outside the classroom, as much as they have in their studies.

Scholarship recipient, Mbinda, is a final-year Chemical Engineering student at the University of Rochester in the US and an alumnus of both St. George’s College and the African Leadership Academy.

Commenting on being selected, Mbinda said: “Being announced as a Rhodes Scholar-elect was a surreal and humbling moment.

“I plan to leverage the knowledge and network that I develop at Oxford to contribute to the development of the industrial sector in Zimbabwe by using business as a tool to drive growth.”

The other scholarship recipient Macdonald Mutekwa completed high school at St. Ignatius College and holds a first-class degree in Aeronautical Engineering from the Nanjing University of Aeronautics and Astronautics in China.

“Being selected and announced as a Rhodes Scholar-elect for Zimbabwe was and remains a surreal experience particularly from such an amazing group of equally talented and motivated Finalists who continue to inspire me as my peers,” said Mutekwa.

“Moving forward, I realise my responsibility to further my hopes and aspirations and those of the Zimbabwean and African people I represent.”

Each year, the Zimbabwe Rhodes Scholarship committee selects two candidates who have completed or are about to complete their undergraduate studies, on the basis of their intellect, character, leadership and commitment to service.

The Rhodes Scholarship is the oldest and perhaps the most prestigious international graduate scholarship program in the world.

The next application cycle opens on 1st June 2022.