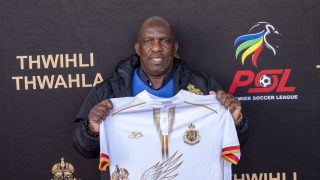 Khabo Zondo Back, Named Head Coach Of Royal AM, 5 Years After Last Stint

World Champion Boks Back On Top Of Rankings

The Springboks have regained their top spot on the World Rugby Rankings following their thrilling 31-29 win over the All Blacks in an epic Rugby Championship encounter on the Gold Coast in Australia on Saturday.

In what was a brilliant advertisement for Test rugby, reigning Rugby World Cup champions South Africa needed a penalty by fly-half Elton Jantjies at the death to seal a famous win against their fiercest rivals.

Damian de Allende and Makazole Mapimpi scored tries for South Africa, while Handré Pollard added four penalties, and Jantjies landed a drop goal to go with a pair of penalties, including the winner with the final kick.

But three Jordie Barrett penalties in the second half proved insufficient as their bid to go through this year’s Rugby Championship with a perfect record came to an end.

South Africa’s victory – their first against the All Blacks when behind at half-time since 1998 – earned them 0.86 of a rating point and they now have a slender 0.16-point lead over their nearest challengers in the rankings.

Meanwhile, Australia strengthened their position in third place with a 0.84 point increase after beating Argentina in the earlier Rugby Championship match on Saturday to make it four wins in a row.
England are ranked fourth on 85.44 ahead of Ireland (84.85) and sixth-placed France (83.87).

Argentina, the other team to play in the Rugby Championship, are ranked eighth in the world on 80.69 points behind Wales.