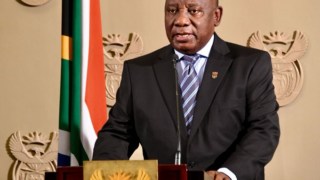 Cyclone Shaheen has grounded flights to and from Oman.

The cyclone was on track to strike the northern coast of Oman.

Cyclone Shaheen was expected to continue to strengthen into Sunday as it feeds off warm surface waters of the Gulf of Oman.

Fearing the worst, the Oman government declared a two-day national holiday for Monday and Tuesday to allow people to prepare for the storm.

“Dear travelers. We would like to inform you that all flights to and from Muscat International Airport have been postponed and rescheduled to a further notice to avoid any risks that may result from the direct impact of climate conditions on the airport’s operations,” said airport authorities on Sunday morning.

By late afternoon, Muscat Daily was reporting that two bodies of Asian nationals were pulled out of the rubble after a hill collapsed onto their housing unit in Rusayl Industrial Area, some 45 km from the Oman capital, Muscat.