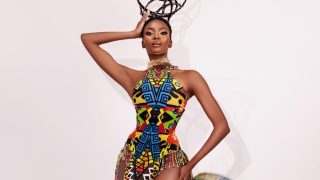 Dilemma And Venge To Premiere On Africa Magic

Dilemma, which will air exclusively on Africa Magic Showcase, follows the lives of two estranged lovers, Kaineto and Kanan. After years apart, find their way back to each other and are forced to confront a past they would both want to forget.

Love brings them back together, but it may not be enough to overcome all of the obstacles they will encounter.

Dilemma will premiere on AM Showcase (DStv Channel 151) every weeknight beginning Monday, October 4, 2021, at 8 p.m.

It stars some of Nollywood’s finest talents, namely Shan George and Bob Manuel-Udokwu, and newcomers Treasure Obasi and Vine Ogulu.

Venge, on the other hand, tells a scandalous story of secrets, deceit, and betrayals.

Viewers will accompany Bibi on her quest for justice and vengeance as she unravels many conspiracies trailed by murder and fear.

These two new telenovelas present fresh storylines, suspense-filled plots, and a parade of established and future Nollywood names that will enthral viewers from around Africa in yet another top-notch Africa Magic production.

“We are pleased to premiere these telenovelas on our Africa Magic channels as it once again reinforces our positioning as Africa’s most loved storyteller,” said Busola Tejumola, executive head of content and West Africa Channels at MultiChoice Nigeria.

Tejumola also revealed that DStv and GOtv customers could expect more exciting new and returning series on Africa Magic by the end of the year.