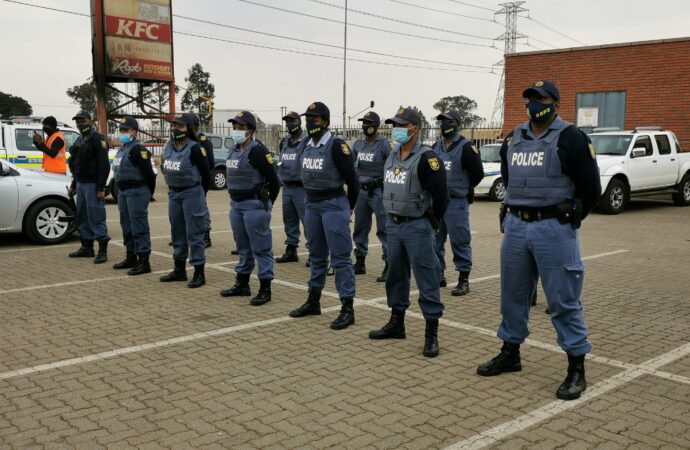 AT THE READY: SA Police Service and other security agencies were placed on high alert

The South African Human Rights Commission (SAHRC) on Tuesday said it “notes with relief” that calls for a violent national shutdown “have gone unheeded”.

The SAHRC said it was aware of messages, which circulated via social media calling for a national shutdown, intended for Monday the 23rd August 2021.

“The commission notes with relief that these calls have gone unheeded,” said the SAHRC.

The South African Police Service and private security companies have collaborated to ensure that security measures were taken.

So far the measures have prevented a repeat of the unrest last month in KwaZulu-Natal and Gauteng.

More than 300 people lost their lives in the mayhem and billions of rand were lost through the wanton looting of shops and destruction of infrastructure.

The SAHRC said it was encouraged by the pro-active response by the police and private security companies who readied themselves to ensure the safety and security of persons and property.

“Both these rights, however, are limited to protect the human rights of others,” said the SAHRC.

The right to freedom of expression is limited as not to extend to incitement of imminent violence or advocacy of hatred that is based on certain grounds, amongst many others, explained the SAHRC.

The commission said it was concerned that some expressions advocating for the nationals shutdown were xenophobic, and could be deemed to incite violence, which raised concerns of a possible repeat of last month’s carnage.

Protest action, as a right, is limited to peaceful gatherings, conducted in an unarmed manner.

It is incumbent on community and protest leaders to ensure, amidst an unrelenting Covid-19 third wave, that regulations are adhered to, said the SAHRC.

The commission called for “calm, for all of us to strive to foster social cohesion rather than promote and exacerbate division and actions which may lead to violence, damage to property and the targeting of vulnerable groups”.

The commission said it will continue to monitor the situation and play its role of fostering social cohesion.