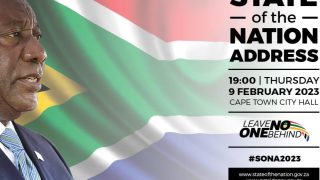 Members of the African National Congress (ANC) will on Monday converge at the high court in Johannesburg in a show of support for the Cosas 4.

ANC head of organising and mass mobilisation Comrade Nomvula Mokonyane will be at the court, said party spokesperson Pule Mabe on Sunday.

Mokonyane will be accompanied by other Gauteng ANC members including the Women’s League and the Congress of South African Students (COSAS).

Three of the Cosas 4 were brutally assassinated by the apartheid death squad in 1982. One survived the bomb blast.

RELATED: COSAS 4: Apartheid Cop Back In The Dock

A former Umkhonto we Sizwe member, who allegedly defected to the enemy camp and became an askari, Tlhomedi Ephraim Mfalapitsa, is appearing in court in connection with the murders and attempted murder.

Zandisile Musi survived the bomb blast, but was then prosecuted and imprisoned on Robben Island.

“May his soul rest In peace and that in their name and rights justice must be done,” said Mabe.

Mfalapitsa allegedly conspired with his partners in crime at the notorious Vlakplaas Security Branch to kill four students using explosives.

“This act of callous brutality touched the conscience of our nation and moved all freedom-loving South Africans to intensify the struggle against apartheid,” said Mabe.

previous article
Beast Is Back At Sharks, Now A Board Member
next article
Gauteng Is On High Alert, Obey Law, Says Premier