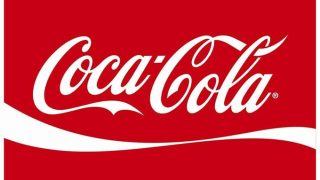 “MTN wishes to advise shareholders that Phuthuma Nhleko has stepped down from the IAB, effective 6 August 2021,” the MTN statement reads.

As announced at its inception, the IAB is MTN’s non-statutory body and does not have any fiduciary responsibility.

“Phuthuma’ s contribution to the IAB, since 2019, has been invaluable and the board of directors of MTN wishes to extend its gratitude for his exemplary leadership and dedication to MTN and to his role as a member of the IAB.”

Nhleko currently leads the Phembani Group, which he founded in 2012, and chairs the Phembani Remgro Infrastructure Fund, which has interests in petroleum, energy, cement, and the resources industry.

He is the former chief executive of MTN Group Limited, having led the telco from 2002 until 2019.

He previously worked as a corporate finance executive at Standard Corporate & Merchant Bank.

Nhleko has also served as a non-executive director on the boards of several public listed companies, including Nedbank Limited, Anglo American Plc and BP Plc.

Nhleko has been appointed as an independent non-executive director of the JSE.

His appointment is effective 1 July 2021.

The JSE has also announced that Nhleko has also accepted the board’s invitation to serve as chairman-designate and will assume the role of JSE board chairman, with effect from the annual general meeting to be held in May 2022.

“The board extends a warm welcome to Phuthuma and looks forward to his contribution and leadership,” said the JSE.