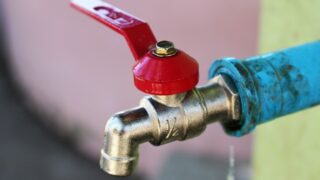 City Of Tshwane Warns Of Water Supply Cuts On Sunday

Two Botswana-bound long-haul trucks carrying loads that were “as wide as the road” have been impounded in Zeerust.

Both trucks exceeded by far the permissible length, width, and height.

When measured it was found the trucks were 24m in length. Both trucks were five metres above the permissible height and eight metres wider than the law permits.

Such an abnormal load that breaches the road lanes poses dangers for other road users, so the cops decided to impound the vehicles.

The trucks had somehow travelled all the way from Gauteng before they were stopped by traffic cops at the Zeerust weighbridge.

Legislation dictates that when vehicles of more than the allowed size are on the road, they must be escorted, explained Director for Traffic in North West Paul Stone.

In this case, Stone said trucks were on their own with no escort.

He said the height, length, weight, and width are important and shouldn’t be more than allowed.

“If these are not adhered to, they pose a challenge for other vehicles to pass as these are the same width as that of the road,” said Stone.

Commenting on the anomaly, North West Community Safety and Transport Management MEC Sello Lehari said: “It’s a miracle that these trucks travelled for such a long distance without posing danger to other road users.

“We need to ensure that all vehicles on our roads, whether just passing, are compliant.”

Lehari congratulated the traffic officers for their vigilance.