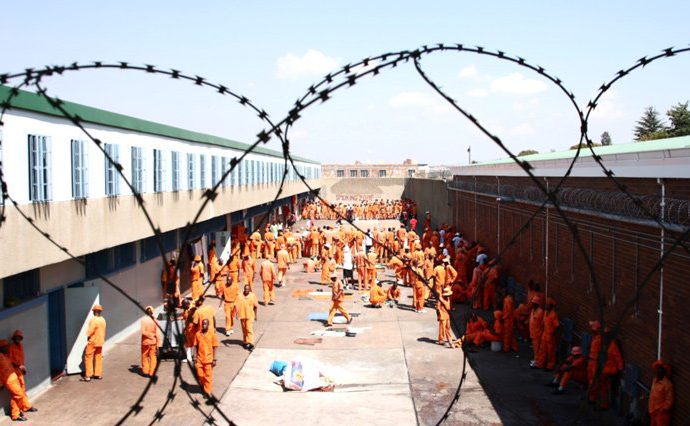 An inmate has been arrested for the murder of the 50-year-old prison officer who was found dead at the Leeuwkop Correctional Centre.

Prison officer Eunice Moloko was found dead on Tuesday in the Covid-19 isolation site. Her Jacket was soaked in blood.

She had been with the Department of Correctional Services for 23 years.

On Friday Deputy Minister of Justice and Correctional Services, Nkosi Phathekile Holomisa visited that prison and announced that an inmate had been arrested in connection with Moloko’s murder.

He said the inmate has already been charged with murder.

“Investigations must continue so that no stone is left unturned in establishing facts that led to her death,” said Nkosi Holomisa.

He said the perpetrator of “this gruesome deed” must face the full might of the law to send a strong message that “those who attack and kill our correctional officials” will face the harshest punishment.

“We appeal to all people to allow the law to take its course and avoid speculations and apportioning blame without facts,” said Nkosi Holomisa.

He also visited the Moloko family and conveyed deepest condolences to the family and assured them that their loss is equally the department of correctional services’ loss.