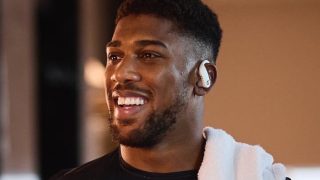 Veteran fly-half Morne Steyn repeated history on Saturday night when he held his nerve to kick the ball sweetly over for a hard-fought come from behind 19-16 Springbok victory over the visiting British & Irish Lions.

It was a re-run of his feat 12 years ago when his kicking skill carried the Boks over the line.

On Saturday the Rugby World Champions, Springboks, only needed 12 minutes to open the score against the visiting Lions.

Bok kicker Handre Pollard scored the first points of the tour decider with a penalty goal to make it 3-0 to SA at the empty Cape Town Stadium.

Owing to the Covid-19 pandemic fans were not allowed into the stadium.

With the tour evenly balanced at 1-1 the Lions, who won the first test, were no pushovers. They soon recovered from the early setback.

Perhaps too eager to defend the Boks gave away a penalty, which Finn Russell very calmly popped over to level the score at 3-3.

Lions head coach Warren Gatland made sweeping changes for the winner-takes-all third test against the Boks.

Gatland’s changes paid off as early as the 19th minute. Ken Owens scored a try for the Lions when he took advantage of a poor maul manoeuver by the South Africans.

Up stepped Russell to convert superbly from the left. The Lions were seven points clear of the world champions.

With a few minutes left to halftime, the Boks were awarded a penalty. Again Pollard converted to reduce the arrears to 6-10.

At the resumption of the second stanza, the Boks thought they had scored a try only for it to be ruled out for a knock-on.

The Lions added another six points.

In the 56th minute the Boks finally scored a try after Cheslin Kolbe finished of a brilliant move started by Willie le Roux.

Rugby veteran Morne Steyn, 37, who was recalled to the Boks to add experience, was brought on for Pollard in the 64 minute and he didn’t disappoint. He scored a penalty minutes after coming on.

With the game tied and time running out, Steyn thumped the oval ball over the touchline to score his second penalty kick that won the decider for the Boks 19-16.