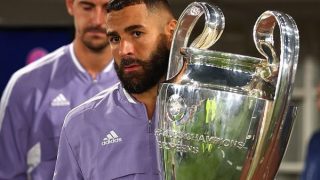 Katsande told, Star FM radio in Zimbabwe that he had found a new club a week after Kaizer Chiefs released him.

The tough-as-nails midfielder, who spent a decade at Chiefs, was not offered an extension to his expired contract.

However, the 35-year-old Zimbabwean was determined to continue his football career in South Africa.

Katsande said he has joined the Kempton Park-based club on a two-year contract.

He said his new club has promised him a coaching position at the club when he hangs up his boots.

“I did what I had to for my family and I also felt I still had the legs (to play),” said the newly wed Katsande.

He quietly divorced Memory, the mother of his three children in 2016, and recently wed Bonga Miya in a Xhosa-themed ceremony.

“It was also important to secure my long-term future and they promised me a position with the club when I do retire.”

After leaving Kaizer Chiefs, Katsande was also on the wish list of Durban club AmaZulu.

The gritty midfielder nevertheless opted for Sekhukhune, who made him a generous offer.

At Sekhukhune, Katsande links up with fellow countrymen, Tapuwa Kapini, and other new signings, winger Talent Chawapiwa, who was offloaded by AmaZulu, and Jimmy Dzingai.

Two other Zimbabweans, defender McClive Phiri, and forward Walter Musona have reportedly been released by the newly-promoted side.