The Cat Is Missing, DA Asks Where Is Mabuza? 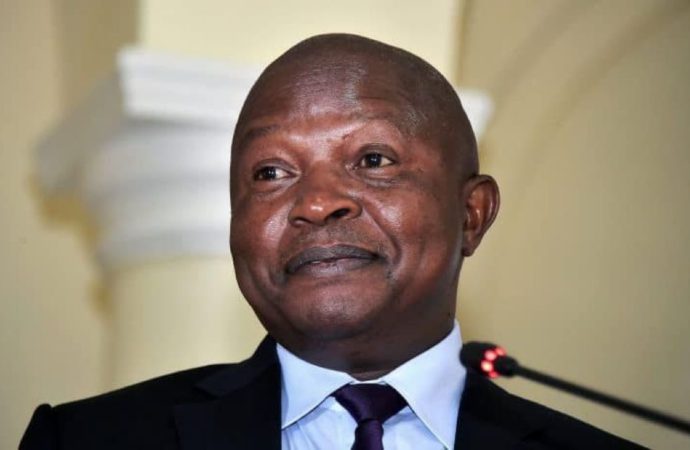 Deputy President David Mabuza hasn’t been seen in public since he said he was “going to Russia for a few days” – now the opposition Democratic Alliance (DA) wants to know where the cat is?

Mabuza, who once pronounced “the cat is back” when he was cleared of wrongdoing by a court, travelled to Europe last month.

Reports at the time said Mabuza left for Russia on 26 June for medical treatment after he took a leave of absence.

On Wednesday morning, the DA shadow minister for the Presidency, Solly Malatsi, said his party was going to ask Parliament to explain the whereabouts of the deputy president.

“The DA will write to the Office of the Deputy Speaker, Lechesa Tsenoli, as it has been a month since the country has seen or heard from Deputy President David Mabuza,” said the DA in a statement.

“He has reportedly been in Russia since the end of June after he requested a few days leave for medical treatment,” said the DA.

“We will request that Deputy Speaker Tsenoli seek a full report of the Deputy President’s whereabouts.”

The statement enquires about the cost of Mabuza’s extended stay in Russia and who was paying for it.

The DA said it also wants to find out when the deputy president plans to return to South Africa.

“Who is filling his shoes in his capacity as deputy president, the head of government business, chairperson of the special cabinet committee on Eskom, and the chair of the inter-ministerial committee on vaccines?” asked the DA.

The party said Parliament must urgently provide MPs an opportunity to ask questions regarding Mabuza’s absence.

“While the deputy president is entitled to his privacy regarding his medical condition, it is in the public interest to establish the impact of his continued absence from his official duties,” said the DA.

“It is very suspicious that the deputy president has been in Russia for a month for medical treatment, yet there has been no update on his health or his expected return.”