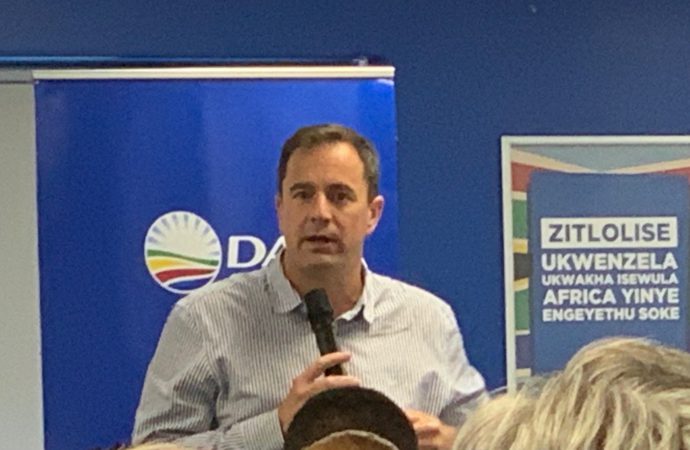 Opposition Democratic Alliance (DA) leader John Steenhuisen is demanding the sacking of suspended health minister, Zweli Mhkize, who has been embroiled in a communications contract scandal.

Reports suggest Mkhize bowed to pressure from his African National Congress colleagues and agreed to step aside before he was placed on special leave last month on 9 June.

The Special Investigating Unit (SIU) looked into a R150m contract awarded by the department of health to Digital Vibes headed by Mkhize’s former personal assistant and former secretary, but the findings are yet to be made public.

Reacting to President Cyril Ramaphosa’s address on Sunday night, Steenhuisen said he should have reassured the nation by announcing a Cabinet clean-up.

“He should have announced that he has fired Health Minister Zweli Mkhize for his part in the Digital Vibes scandal.”

The DA leader said he had expected Ramaphosa to say Mhkize had been replaced with a competent individual with the skills and experience to make the right decisions.

“It beggars belief that Mkhize is still on fully-paid leave, over six weeks after his suspension,” said Steenhuisen.

“If Mkhize is innocent, then Ramaphosa would have released the Digital Vibes report by now, and we call on him to do this.

“The public has a right to know. South Africans are tired of being treated like children.”

Both ministers have made contradicting statements about what they knew before the deadly unrest that left more than 330 people dead.

Steenhuisen said confidence in South Africa was at an all-time low and only a “wholesale cabinet clean-up” was “going to get people to believe in this country again”.

“Enough with irrational, arbitrary regulations such as forcing restaurants to stop serving alcohol at 8pm but food at 9pm,” said the DA leader.

“Has anyone in government ever actually run a business?”

Steenhuisen added: “There is so much illicit alcohol available that it frankly makes no difference to transmission, but a big difference to tax receipts and jobs”.

While the DA leader said he welcomed social relief grants, he insisted the measures were not going to be sustainable over the longer term without swift and decisive structural reform.

“The best and most sustainable way to help the poor and vulnerable is to create jobs,” said Steenhuisen, adding: “Trust in Ramaphosa’s administration is at an all-time low”.

He said, “people needed to hear that their need for competent, caring leadership comes before the ANC’s need to balance factional claims for political positions”.

Steenhuizen said the president should have gone further and removed all restrictions that are costing South Africans their jobs.

“Specifically, the curfew and the ban on alcohol should have been fully lifted,” said Steenhuisen.

He said Parliament needs to be reconvened to deal with the multiple serious challenges battering South Africa.

“Now is not the time for heads in the sand, it’s time for cool heads around the table to provide the solutions needed to secure our future,” said the DA leader.