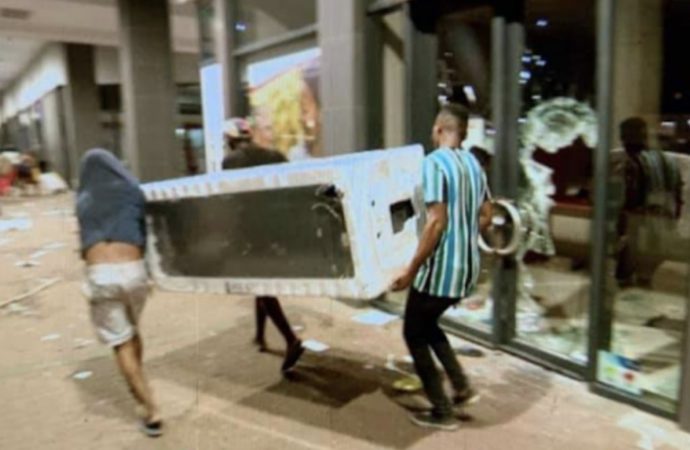 Authorities in South Africa, where police and soldiers are battling incessant looters, on Tuesday said at least 49 people had died in the violence.

In Johannesburg, Gauteng Premier David Makhura said 10 people lost their lives in a stampede in Meadowlands, where looters cleaned out shops.

He said nine people died in other areas in Johannesburg. The premier said one of 19 dead was a police officer, “who was shot”.

Police have arrested more than 700 suspects in the Gauteng and KwaZulu-Natal provinces in connection with the looting and public violence.

Minister of Police Bheki Cele said all in all 45 people had lost their lives in the violence, which started as a  #FreeZuma campaign.

Former president Jacob Zuma, who is 79 years old, is serving a 15 month prison sentence for contempt of court.

Cele said the police were homing in on 12 people thought to be instigators of the violence.

More police and soldiers were being deployed to hotspots in Durban, Pietermaritzburg, and Johannesburg.

The minister said police would trace looters and bring them to book.