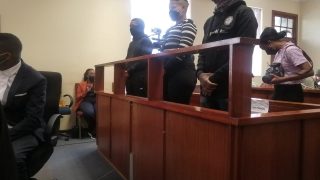 The urgent application by former president Jacob Zuma to stay out of jail was dismissed in the Pietermaritzburg High Court on Friday with costs.

Zuma is already serving his 15-month sentence for contempt of court at the Estcourt Correctional Centre, KwaZulu-Natal.

The former president was brought to the Medium-B prison in a convoy in the early hours of Thursday after a near stand-off between his supporters and the police at Nkandla.

In a one-liner, Justice Bhekisia Jerome Mnguni dismissed Zuma’s application for a stay of arrest without giving any reasons.

Earlier this week on Monday, Justice Mnguni listened to six hours of arguments of why the high court could or could not overturn an order of the Constitutional Court.

The modern rehabilitation facility was built in 2019. The prison houses about 500 offenders.

Meanwhile, Police Minister Bheki Cele on Thursday revealed for the first time details leading up to Zuma handing himself over before the Wednesday midnight deadline.

Cele said senior police officials were involved in lengthy negotiations with Zuma and his family. In the end, the police did not have to resort to force to effect the arrest.

The police minister made his remarks in Empangeni, where protests over the incarceration of Zuma have broken out.

Several people have already been arrested for setting fires and blocking major freeways.