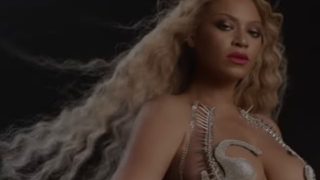 Devilsdorp – the new South African crime documentary series – will be screened on Showmax on Thursday, 29 July 2021.

The series revolves around a spate of brutal and mysterious killings in Krugersdorp.

Viewers will be intrigued by the questions arising from the crimes.

Is a serial killer behind these vicious attacks, and who will die next if the murderer remains on the loose?

The series looks into a string of cult murders known as the Appointment Murders, which occurred between 2012 and 2016.

Devilsdorp director, David Enright, says the series is the outcome of 18 months of research.

“This is the account of the events that shook an entire community and forever affected the lives of those who were involved, particularly the victims’ families,” says Enright.

“What began as a group of devoted Christians attempting to assist a former satanist in escaping the satanic church turned into a violent spree involving a murderous mother, two children, and a cult with more victims than members.

“It may all seem impossible to believe, yet it happened.”

Devilsdorp promises to be worth watching.

previous article
Vets Disbanded, ANC Not Happy With Nkandla Crowd
next article
Top Advocates Battle It Out, Zuma Remains Out Of Jail