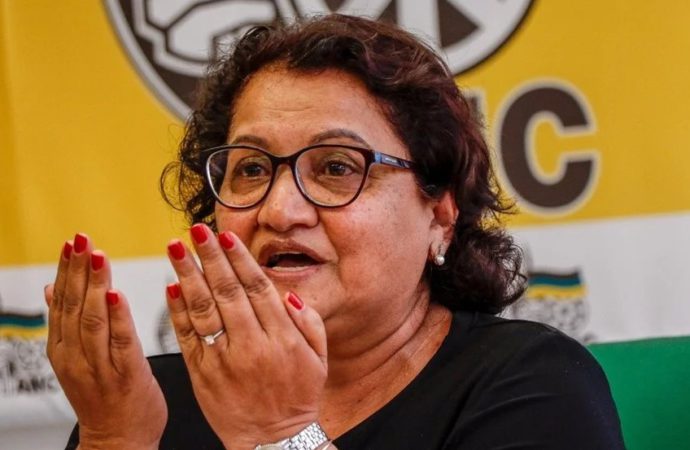 Members of MKMVA have been prominent in defying Covid-19 restrictions at Nkandla, where they have camped ostensibly to prevent any attempt to arrest former president Jacob Zuma.

Addressing a press conference, Duarte said the ANC NEC has also confirmed the disbandment of the MK Council, which was made up of former generals and commissars of uMkhonto we Sizwe.

The NEC met on Monday to mostly deliberate unfolding events around Zuma and his defiance of a Constitutional Court order to report to a police station by Sunday and begin serving his 15 months prison sentence for contempt of court.

Duarte said the behaviour of ANC members participating in the gathering at Nkandla was “shameful”. She said the ANC condemns the ill-discipline of some members outside Zuma’s homestead.

The deputy secretary-general also said disciplinary action will be taken against members who incited violence and breached level 4 regulations.

Although she declined to say any names of offenders, her boss the suspended Secretary-General Ace Magashule was at Nkandla, where he addressed ANC members in defiance of his suspension orders.

Regarding the legal matters, Duarte said while the ANC “loved” Jacob Zuma it would respect the rulings of judicial institutions.

“We love him as an elder of our movement,” said Duarte.