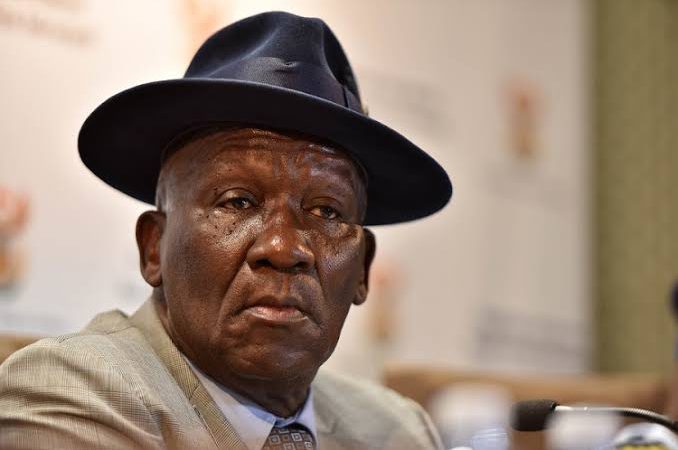 The police decided not to act against those gathering in Nkandla in defiance of Covid-19 prevention regulations because women and children were in the crowd.

Responding to criticism of inaction, Police Minister Bheki Cele on Monday said some of the people in the crowd were armed.

They even taunted the police by firing their guns in the air. Others were carrying traditional weapons that included spears and pangas.

He said the police were right not to act.

Those gathered at the former president’s homestead made it clear they were there to prevent Jacob Zuma’s arrest for contempt of court.

The former president has refused to hand himself over to the police to begin his 15-month prison sentence imposed by the Constitutional Court.

“We had about 200 policemen,” said Cele, but lessons from the past resulted in the cautious approach by the police to avoid a bloody confrontation.

Cele applauded the police for their restraint at Nkandla.

Zuma has approached the Pietermaritzburg High Court for a stay of execution of the Concourt prison order.

Cele said the police would await clarity from the court on whether they should still enforce the order to arrest Zuma for failing to hand himself over.

Zuma has also been granted a hearing by the Concourt on Monday 12 July, to argue his case why he should not be jailed for contempt of court.