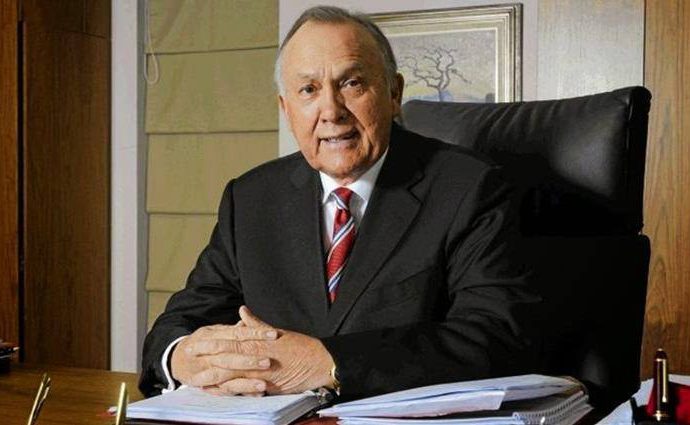 Top South African businessman Christo Wiese has been in hospital with Covid-19 for more than a week it emerged on Monday.

The high-profile businessman was infected by the virus in the third wave driven by the more deadly Delta variant.

The National Institute for Communicable Diseases (NICD) on Monday said: “Today the institute reports 12 513 new Covid-19 cases that have been identified in South Africa, which brings the total number of laboratory-confirmed cases to 2 075 409.

“This increase represents a 31.6% positivity rate, which is higher than yesterday (30.2%).

“As per the National Department of Health, a further 331 Covid-19 related deaths have been reported, bringing total fatalities to 62 171 to date.”

Wiese, the former Shoprite head honcho, is among those who have been infected by the virus.

Until recently the 79-year-old retail guru was SA’s richest man.

Wiese lost R50 billion in the Steinhoff meltdown after the accounting scandal was exposed.

Netwerk24 is reporting that Wiese’s wife Caro, 71, has also been diagnosed with Covid-19, but her symptoms were milder.

She has not been hospitalised.

Fin24 reports that Amanda Botha, a family friend, and spokesperson for Wiese, on Monday said Wiese was doing well and hoped to be discharged from the hospital by the end of this week.

She said Wiese was admitted to Panorama Mediclinic in Cape Town eight days ago after initially suffering from flu-like symptoms.