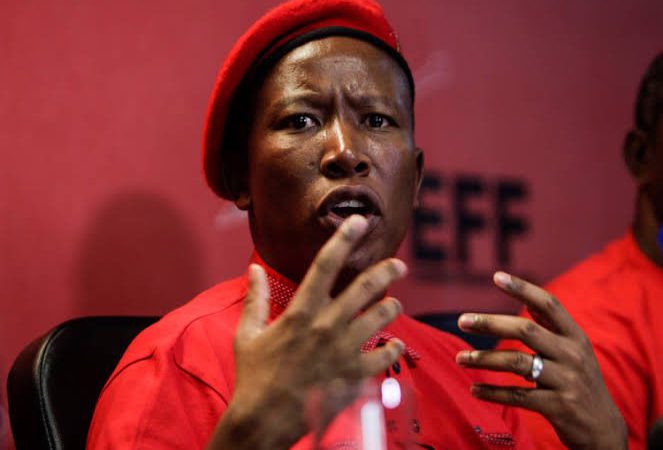 The count down to the jailing of former president Jacob Zuma for contempt of court has placed South Africa at the precipice of violence.

Zuma was found guilty of contempt of court by the Constitutional Court and sentenced to 15 months imprisonment. He has until Sunday to hand himself over to the police and begin his sentence.

The former president’s family and supporters are threatening violence to prevent Zuma’s arrest.

ANC members, MK veterans, and traditional warriors (amabutho) have publicly stated that they will form a human shield to prevent Zuma’s arrest.

Commenting on the stand-off, EFF leader Julius Malema said: “We are here because of the stubbornness of two old people”.

He said if Justice Raymond Zondo had acceded to 79-year-old Zuma’s request to recuse himself from chairing the state capture commission of inquiry “we wouldn’t find ourselves in this nonsensical situation”.

Zondo could have recused himself in the interest of justice being seen to be done, said Malema.

The EFF leader warned against “shooting our people” by the police if they use force to arrest Zuma. “They must find a solution to this nonsensical situation we find ourselves in, which is of their own creation … And no one should lose life.”

On Friday the ANC said it was postponing its weekend national executive committee (NEC) meeting owing to the unfolding crisis in KwaZulu-Natal.

Instead, NEC members would be dispatched to KwaZulu-Natal to try and calm the situation.

News24 reported that Zuma was expected to file an urgent application on Friday for the rescission of the Constitutional Court’s 15-months prison sentence for contempt imposed on him.

“Zuma’s legal team – led by advocate Dali Mpofu, SC – has also indicated to the state that the former president will urgently seek to stay the implementation of the order for his arrest and committal in the KwaZulu-Natal High Court in Pietermaritzburg,” reported News24.