Zim Boy Mauled By Hyena To Have Lip, Cheek Restored 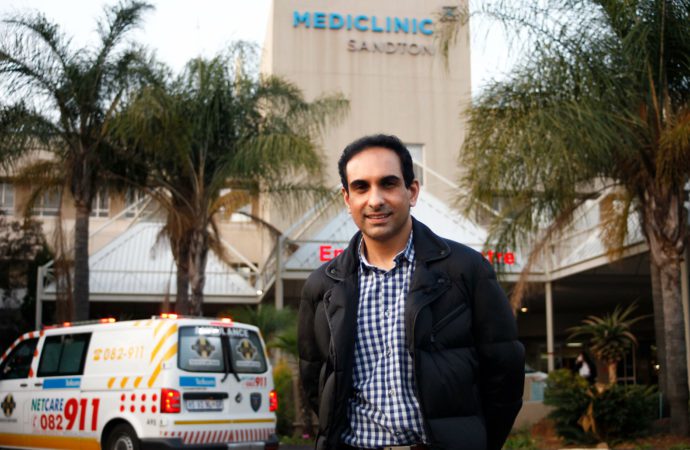 Good Samaritan doctors will on Friday embark on another phase of the facial reconstructive surgery on 9-year-old Rodwell Nkomazana, who was mauled by a hyena as he slept.

Renowned plastic surgeon Dr. Ridwan Mia told The Bulrushes that tomorrow’s procedure “will mostly be directed towards the upper lip and cheek reconstruction”.

The young boy was attacked by the wild animal as he lay asleep at an all-night gathering in Harare, Zimbabwe, last month.

Rodwell, who was flown to SA two weeks ago, suffered multiple fractures to his face, lost an eye and his nose in the attack. He also has severe tissue damage from his forehead down to his lip.

Initially, costs for the surgery had been estimated at R1,5 million, but that amount has been reduced substantially.

In a show of solidarity and compassion, South African doctors have volunteered to perform the surgery for free.

Explaining how the reconstruction will be done, Dr. Mia said a free tissue transfer will be undertaken over an estimated period of between seven and 10 hours.

“This may vary depending on the level of damage of the various structures such as arteries and veins on the face,” said Dr. Mia.

“A composite of various layers of tissue from the thigh called a free anterolateral thigh flap will be dissected out and then it’s vessels carefully stitched to the recipient vessels in the face.”

Dr. Mia said the team of plastic surgeons that includes Dr. Sooka, Dr. Liakos, and Sr Van Wyk will begin the surgery at around 8am.

Dr. Mia is famous for the successful 2012 skin reconstruction of a three-year-old girl, Pippie Kruger, who had suffered third-degree burns to more than 80% of her body.

“The aim of the surgery would be to replace the bulk of the upper lip, the volume of the left cheek and also recreate the sulcus in front of the upper row of teeth and gums which are currently exposed,” said Dr. Mia.

“The commissures or corners of the mouth will also be partially addressed and the lower lip will also be re-sutured in specific areas.”

Anaesthetists Dr. Mukaddam, Dr. Variawa, and Dr. Mayet will carefully manage the patient’s physiology to keep conditions optimal for the microvascular aspects of the planned surgery.

Dr. Barnard, the paediatrician, will have the challenging task of maintaining the patient’s constant physiology after the procedure.