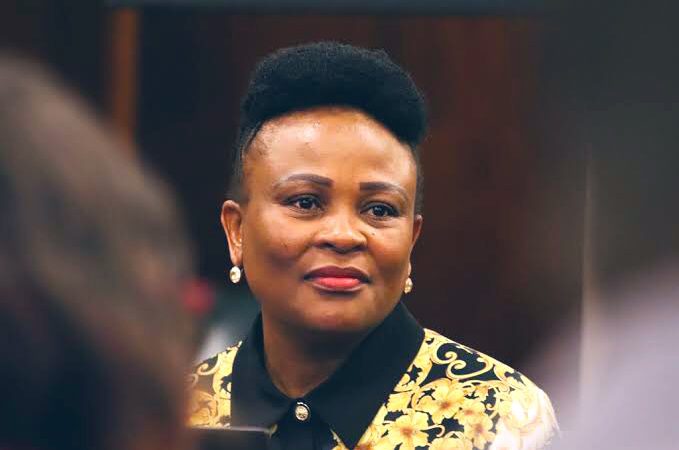 The Constitutional Court on Thursday threw out Public Protector Busisiwe Mkhwebane’s appeal of a high court ruling that found her probe into the CR17 campaign was unlawful.

Mkhwebane had asked the ConCourt to review an earlier ruling which set aside her decision to investigate the funding of President Cyril Ramaphosa’s 2017 campaign that saw him elected ANC leader.

The campaign was dubbed CR17.

Delivering the majority judgment Justice Chris Jafta said: “The high court was right to set aside the public protector’s findings”.

He said Mkhwebane acted outside the scope of the complaint by then opposition leader Mmusi Maimane.

Justice Jafta also found that complaints brought by Maimane and EFF leader Julius Malema to the public protector did not mention any breach of the Executive Ethics Code by President Ramaphosa, but Mkhwebane looked into the matter regardless.

He made it clear that according to the law the public protector can only probe a matter where there is a complainant.

Justice Jafta also criticised Mkhwebane’s probe as to whether Ramphosa misled Parliament, saying she changed the wording of the complaint from “willful” to “inadvertently”.

“The public protector was wrong to change the code [Executive members ethics code]. She could not have conceivably thought that wilfully could mean inadvertently,” said Justice Jafta.

“These words are mutually exclusive … What she did went beyond the parameters on interpretation … But the finding itself is framed in terms that are concerning.

“The president did not ‘inadvertently and deliberately’ mislead Parliament because these two words can not apply at the same time  … it is either one or the other.

“Therefore the public protector was wrong on the facts and on the law with regards to the issue whether the president had wilfully misled Parliament and the high court was right to set aside her finding.”

Justice Jafta found that Ramaphosa did not willfully mislead Parliament, nor did he “personally benefit from CR17 money”.

In the minority Judgment Chief Justice Mogoeng Mogoeng, who is now on long-leave, said Ramaphosa should have disclosed to Parliament funding details of the CR17 campaign.

The dismissal of the appeal, adds to a growing list of matters in which Mkhwebane has been found wanting when her reports are taken on review.