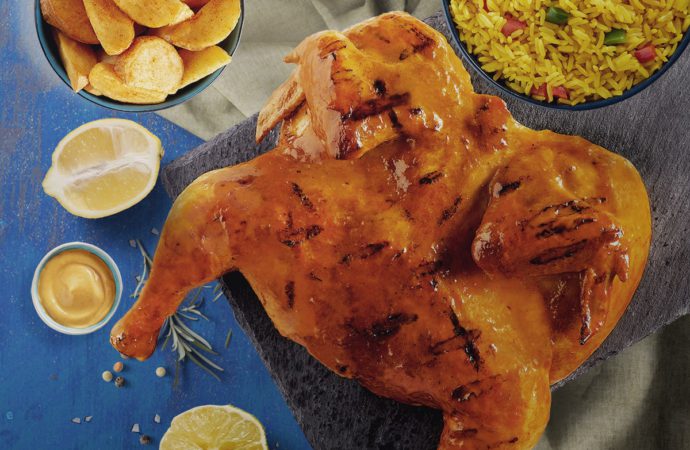 Nandos was at it again making light of a difficult situation – the latest quip dropped on Tuesday after Jacob Zuma was sentenced to 15 months in jail for contempt of court.

The witty ad doesn’t mention the former president by name but uses his struggle to read numbers to point him out.

Do not pass go, do not collect “seven hundred and sixty-nine eight hundred million,” reads one line in a not-so-opaque reference to Zuma.

And then there’s the line “delivered in five days”.

Acting chief justice Sisi Virginia Khampepe on Tuesday ordered that Zuma must hand himself over to a police station within five days.

Angered by the jibe, Zuma sympathisers are vowing to wean themselves off the tasty Portuguese flame-grilled peri-peri chicken.

Many of them have taken to Twitter to vent.