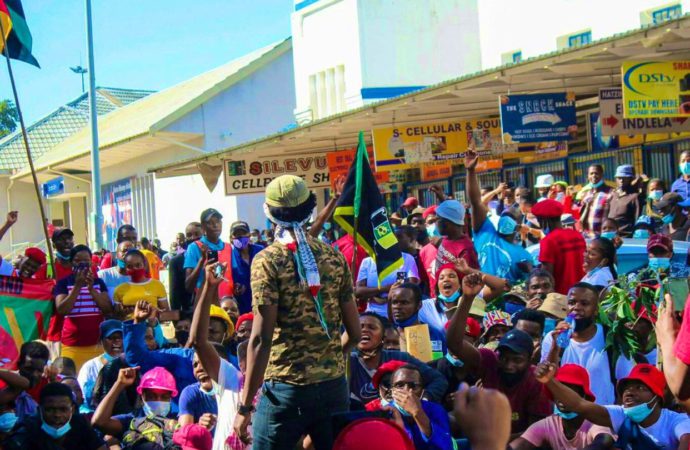 In a statement, Masuku, who is acting prime minister since the death of Ambrose Mandvulo Dlamini on 13 December 2020, said the king was in the country and was leading the nation.

However, the acting prime minister said: “Following the false media reports circulating, I would like to take this opportunity to assure amaSwati and the international community that His Majesty King Mswati III is in the country”.

Masuku added that the king “continues to lead in working with government to advance the kingdom’s goals.”

Pro-democracy protests have rocked the tiny kingdom of just over one million people. On Monday shops thought to belong to the king were set alight.

Acting prime minister, Masuku said: “Government will update the nation on interventions on the current situation as the day progresses”.

Kenneth Kunene the Secretary-General of the Communist Party of Swaziland said on Monday night the army reinforced and used choppers to throw teargas at protesters.

The army also had ground forces that shot at protesters and people on the road, he said.

Several people were injured. Fears are that some of them may have died.