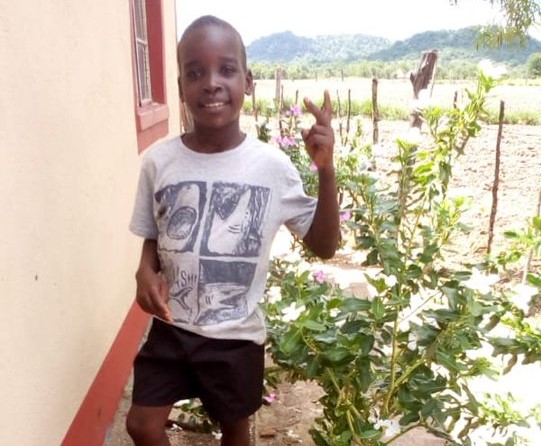 A brave nine-year-old boy Rodwell Nkomazana, who was mauled by a hyena in Zimbabwe, has arrived in South Africa for reconstructive facial surgery.

Rodwell arrived at OR Tambo International on Saturday. Although his head was heavily bandaged he engaged with his tablet as he was carried on a stretcher to a waiting ambulance.

The young boy was attacked by the wild animal as he lay asleep at an all-night gathering in Harare, Zimbabwe, last month.

Rodwell suffered multiple fractures to his face, lost an eye and his nose in the attack. He also has severe tissue damage from his forehead down to his lip.

Initially, costs for the surgery had been estimated at R1,5 million, but that amount has been reduced substantially.

In a show of solidarity and compassion, South African doctors have volunteered to perform the surgery for free.

The team of doctors will be led by the renowned plastic surgeon, Dr. Ridwan Mia.

Dr. Mia is famous for the successful 2012 skin reconstruction of a three-year-old girl, Pippie Kruger, who had suffered third-degree burns to more than 80% of her body.

Explaining the procedure, the medicine head and flight doctor at Mediclinic, Dr. Sai Moonsamy, said Rodwell will undergo about 20 hours of surgery.

Dr. Moonsaamy said Rodwell will first undergo a procedure under anesthetic to check the extent of his injuries.

He said doctors will harvest cartilage tissue from Rodwell’s ribs to use to reconstruct his nose.

“The procedures will start next week,” said Dr. Moonsaamy.