Southgate Takes Flak For Leaving Out Saka In Goalless Draw 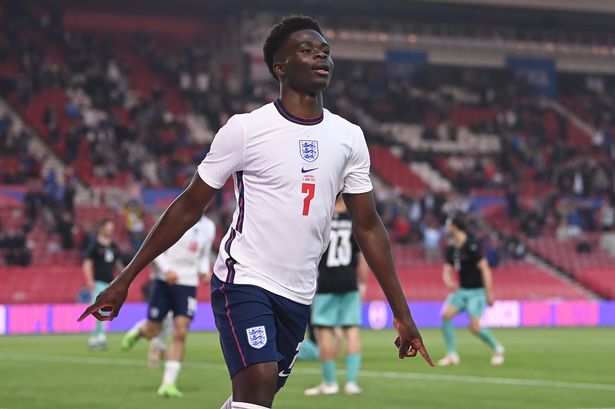 Bukayo Saka was left out of the England 23-man squad

Questions are being asked why the England manager inexplicitly left out fan favourite Bukayo Saka.

Saka, who registered 17 goals and assists last season for the Gunners, didn’t even make the bench.

Earlier this month he scored his first England goal, slotting home the winner in a 1-0 victory over Austria in a friendly.

Saka’s displays for Arsenal earned him their player of the season award but he finds himself on the fringes for England.

England struggled against Scotland and nearly went behind in the second half.

Southgate’s blunt attack did not improve when he substituted Harry Kane for Marcus Rushford.

After the game, questions were raised as to why Saka was not even in the 23-man squad.

Responding, Southgate said: “There’s a lot of young players there, they’re still in a good position to qualify in this tournament”.

Southgate’s team needs to beat the Czech Republic – or at a minimum a draw – on Tuesday to make it out of the group to the last 16 knockout stages.

“We understand this is a game that means so much to everyone and when you don’t win it the reaction is going to be even bigger, derby matches are like that,” said the manager.