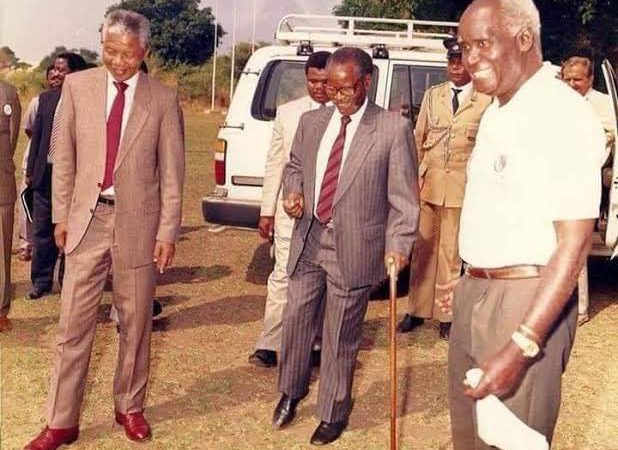 The much loved and respected 97-year-old Kaunda died on Thursday – four days after he had been admitted to the hospital.

“A giant of the liberation struggle of South Africa and the continent has fallen,” said ANC spokesman, Pule Mabe.

“Dr. Kaunda holds a special place in the hearts of our movement, our country, and the South African people.”

Reacting to the passing of the statesman, South Africa President and leader of the ANC Cyril Ramaphosa on Thursday said: “This evening we bow our heads in grief at the passing of a beloved and rightfully revered father of African independence and unity – President Kenneth “KK” Kaunda.

“We are united in our sadness with the Kaunda family and the government and people of the Republic of Zambia.”

During the liberation struggles against apartheid Zambia under Kaunda offered sanctuary to many South Africans.

The ANC had many camps in Zambia – something that placed locals in danger whenever the apartheid forces attacked these camps.

“He opened up Zambia and made it the home and headquarters of the ANC for over 30 years,” said Mabe.

“This was a demonstration of his belief that Zambia would not be free until sister countries in the continent that were still under the yoke of colonial oppression were free.”

Expressing his condolences, former SA president Jacob Zuma said: “At great cost to the country he did not flinch from providing material and diplomatic support and sanctuary to the liberation struggles.”

“Zambia was home from home for many leaders and combatants of Umkhonto WeSizwe between various deployments.”

These sentiments are a far cry for South African groupings intent on ejecting “all foreigners” from the country.

On Wednesday, when South Africa was celebrating Youth Day, hundreds of people who said they were part of “Operation Dudula” went around Diepkloof looking for foreigners they accuse of “being undocumented” or “drug dealing and prostitution.”

An earlier WhatsApp message from Operation Dudula said: “We will remove all illegal foreign nationals by force”.