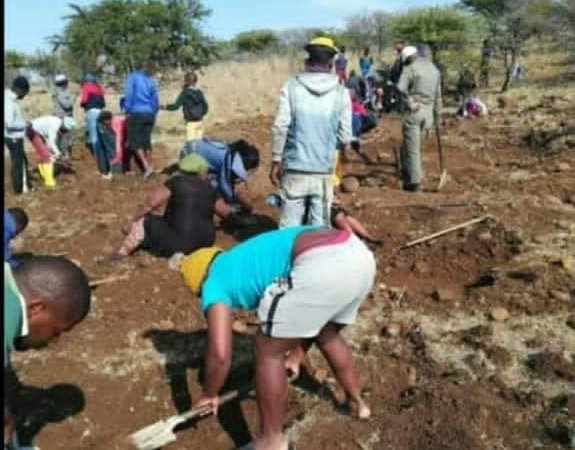 Poor South Africans claimed to have struck it rich with a huge find of “diamonds” in a rural area known as KwaHlathi in the KwaZulu-Natal province.

At the weekend hundreds of people gathered in the area, just outside of Ladysmith town, to find the precious stones.

Some of the lucky prospectors showed off their find on social media, sparking an even greater rush to the area.

On Monday the department of minerals and energy said it was dispatching a team to, “investigate whether residents there have in fact discovered, what appears to be a massive trove of diamonds”.

The KwaZulu-Natal provincial government said it had “noted with concern”, the reports of illegal mining activity taking place at KwaHlathi.