Six Suspects In Murder Of 8 Men Remain Behind Bars 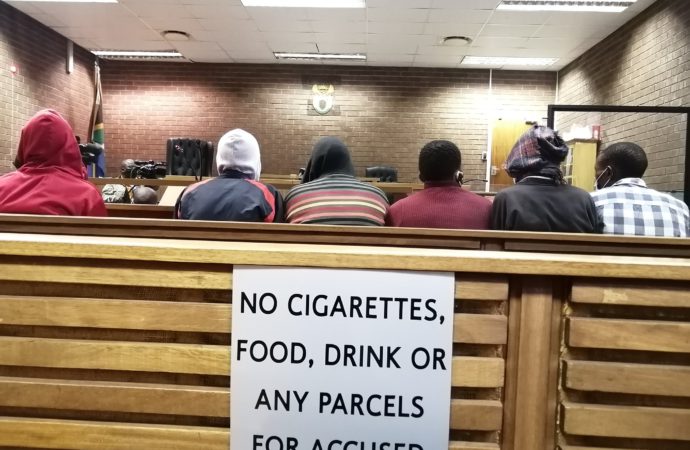 The Roodepoort Magistrate Court on Wednesday postponed the bail hearing of six men accused of the murder of eight others in a Zandspruit vigilante attack.

The victims were beaten and set alight in the full view of witnesses..

Last month, on 17 May, a large mob woke nine young men from their Zandspruit homes, tied their hands with wires and ropes, assaulted and took them to an open field.

Residents of the informal settlement north of Johannesburg were left traumatised after they watched as the men were doused with a flammable liquid then set alight.

Four of them died on the spot and the rest succumbed to burn wounds in hospital. Only one of the victims remains alive.

Their bail application had been set for Wednesday, but their lawyer, Martin Gede, told Magistrate Ruby Mathys he was not ready to proceed.

The bail hearing was postponed to later this month, 23 June.