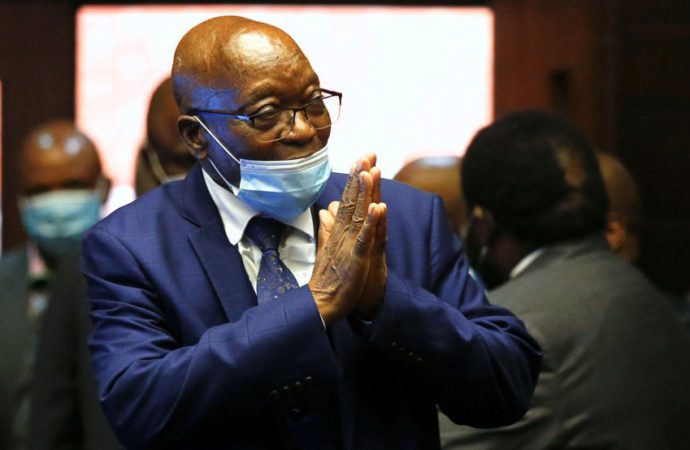 In a surprise move the 79-year-old roped in top advocate, Dali Mpofu, to add to his defence team. Zuma is jointly charged with Thales, the French arms manufacturer.

The two-decades-old allegations include corruption, racketeering, and money laundering linked to the multimillion-rand arms deal.

Asked if he understood the charges and how he pleads, Zuma responded “yes:” and “I plead not guilty.”

Zuma has submitted an affidavit outlining his reasons for requesting that Prosecutor Billy Downer should recuse himself.

Among the complaints was that he arranged a meeting with investigative journalist Sam Sole and leaked information that made Zuma look guilty in the eyes of the public of the said offences.

The accused says Downer lacks “independence and impartiality” and feels he will not get a free and fair trial.

The on-off trial was postponed, for the umptieth time, to 19 July to give the state time to respond to the request for Downer removed.